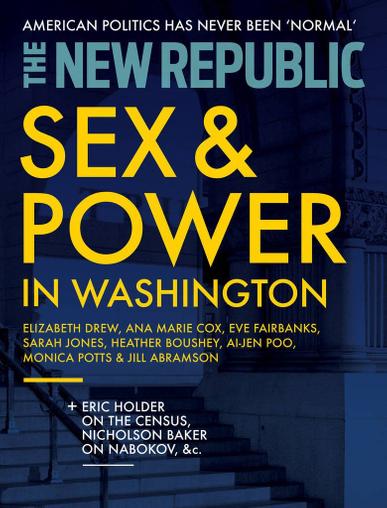 The New Republic Magazine is an award-winning journal of opinion that covers both the state of the Nation and the state of the Culture. Ever since it's founding in 1914, the mission of New Republic has been to provide readers with an intelligent, stimulating and rigorous examination of American politics, foreign policy and culture, and TNR still covers issues before they hit the mainstream, from energy to the environment, from foreign to fiscal policy. By publishing the best writing from a variety of points of view, The New Republic has established itself as America's best and most influential journal of opinion, and goes behind the headlines to focus on politics, books, and the arts from a progressive point of view. Each issue of New Republic is a blend of investigative journalism, unfettered opinions, mold-shattering cultural critiques, unrepentant judgments, radical heresies, pointed ironies, bold exposures, debunked myths, and commentaries that shatter facile explanations.